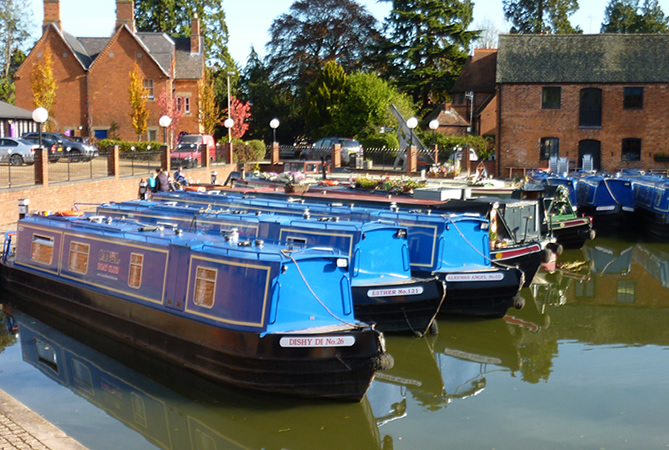 Welford is a 1hr cruise south and the famous Foxton Locks are a 2.5hr cruise north. Foxton Locks - Situated on the Grand Union Canal the flight of locks at Foxton was built in 1810 by W H Gwynne a very popular location with boaters, walkers and cyclists visit the Foxton Museum or watch the colourful boats make their way through the locks. Visit the museum

On the canal there are several pubs and one is the Wharf at Welford which is listed in the CAMRA good beer guide. There are also 2 pubs at Foxton Locks.

Space Centre - The National Space Centre in Leicester is the only visitor attraction solely dedicated to space learn facts and mythical information about the planets and go on an interactive journey through six stunning galleries to explore the Universe.

Crick - Nestling in the Northamptonshire countryside and on the Grand Union Canal once a year this picturesque and quaint village becomes a hive of activity when the annual Boat Show is held enjoy the free boat trips or stroll along the tow-paths to the many pretty pubs and restaurants.

By Road : J20 of the M1 towards Market Harborough. Take A4304 Lutterworth Road towards North Kilworth , continue on A4304 onto Station Road until you come to the Canal and North Kilworth Wharf,.(Do not go into North Kilworth Marina which is the opposite side of the road.)

By Rail : Market Harborough or Rugby train stations are approx. 15mins and 25mins respectively from the wharf with direct trains to / from London taking approx. 1hr.